This week was an odd one. It was one of those where you work and work but you really don't want to work. You know what I mean? We all have those times where you just don't want to. I am not sure why. Not sure if there's something crazy in the air, our weather has been kind of dreary. Not sure if the impending eclipse has us all in a "mood" or what. Whatever it is, we did less than we have been but still moved forward. Which, that's the point, right? So here's a look at our week. ( Linking up with Weird Unsocialized Homeschoolers this week) 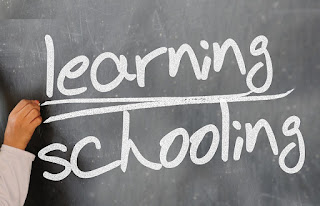 All Thing Math
Math is moving along pretty well. There has been one day so far in the whole four weeks of school that tears showed up but otherwise it's been pretty good. We're moving along learning the distributive property this week, working with expressions, and learning lots of terminology. To be honest, I'm not sure who thought it was a good idea to add the alphabet to the math world but hey... He's getting it :) 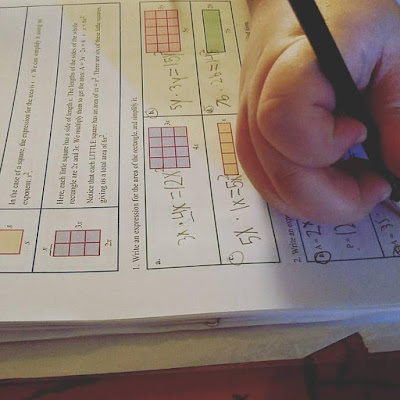 Science
Have I mentioned how much I love Apologia? Well in case I haven't, I do! This week in our science reading we are still working on the history of science. We're learning about scientific ideas that were once believed and now are not, we're talking about tons of the major scientists throughout history, how the Dark Ages affected science and so on. One thing this week that I just loved seeing was about Sir Isaac Newton. Did you know that Newton wrote more on the prophecy of Daniel than he did science?? I was blown away!! Many of the scientists we've learned about were devout Christians.

My kiddo has some great examples in his life of science and faith working together. My father and mother both have science degrees and our praise and worship leader, who Boo Bear just adores, works in a laboratory herself. So he has some pretty amazing examples of how science and faith can coexist. However, I have had moments with him where he broke down in tears asking how could you love science and believe in God. These reminders in this science book are just what we needed to reiterate that in fact, God and science go hand-in-hand. So thankful for this!!!

Reading, Writing, History and Everything Else
We've been moving right along in all our other classes as well. He's doing such a great job at tackling all his workbook pages and getting them done. I'm seeing a real change in how he handles school work this year. I'm very proud of him for all the hard work he's putting into his school work. It's not that he hasn't before but I can see a very big difference in how he is tackling the work to get it done and completed without the hassle :). That's a huge difference!

I tried a new recipe this week, well two new recipes, and they were a big hit. I did a Mediterranean Pork Loin and the cauliflower broccoli au gratin I had been wanting to try. Even Boo Bear liked the side dish so that was good! 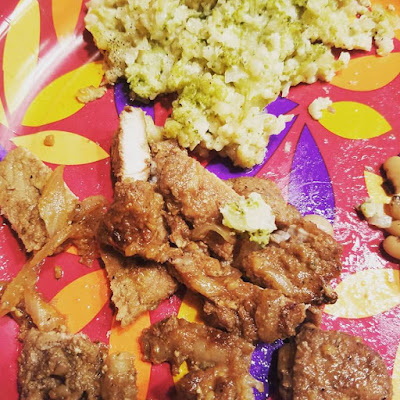 So, this weekend we are looking forward to some relaxing downtime, I believe. Never know what we might get into. How was your week? Hope you have a blessed weekend ahead and a great week to come!