Dear Movie Makers (And Anyone Else Listening)

Okay. So, something's been burning in my mind and heart recently. There have been a few shows we've seen that have a scary and infuriating trend. It's something that bugs the mess out of me and I just needed to get this out there. Just in case anyone was curious or didn't understand.

God does not run.

See, recently there have been a couple of shows that have God on the run. They have Him disappearing and the whole story is behind chasing God down to find out why He left and what He's going to do to protect them now.

I have something to tell you. My God does not run from a fight. He does not run period. He's always there, always watching, always waiting for you to run to Him. See anytime you read in the Old Testament about a battle or struggle, God went before His people and His hand was on them the entire way. There's no God getting frustrated and just up and leaving. He doesn't do that. He's not one to run from a fight or go in the opposite direction of opposition. 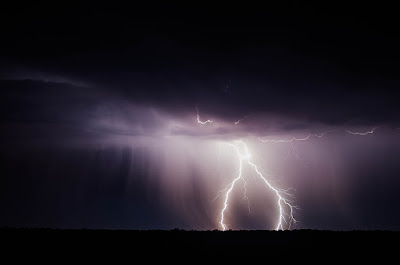 Do you think the one who can tell lightning where to strike is going to run away with His feelings hurt? I think not.

It's frustrating to me because while I know better, and most Christians know better, those who don't know God can't tell the difference. They may believe that God would do that if things get bad or may use it as an excuse to say well God doesn't love me, look at what's gone on in my life.

Friend, that could not be further from the truth. God does love you and wants what is best for you. God doesn't run from the tough times in your life, He runs to them. He is there carrying you every step of the way, no matter what the situation may be.

Psalm 46:1-2 says:
"God is our refuge and strength, an ever-present help in trouble. Therefore we will not fear, though the earth give way and the mountains fall into the heart of the sea..."

So just in case you were wondering. Just in case you might have been confused or otherwise thought that was true. My God doesn't run. He doesn't go hide because things get tough or there's a revolt in heaven. My God stands firm. He's an ever-present help whether you want Him to be or not. He's always there. Always waiting for you to run to His open arms.

Email ThisBlogThis!Share to TwitterShare to FacebookShare to Pinterest
Labels: 1000 gifts